It was Christmas Day 2014 and my daughter, Cadence, and I were settling into our seats in the theater. Just shy of three years old, her feet dangled above from the too-tall theater seat, excitedly swinging back and forth. “When will it start, Momma?” Her eyes wide with anticipation for her first in-theater movie.

The music swelled and the overture to Annie filled the theater. Cadence’s eyes danced, and she softly began to sing along: “tomorrow, tomorrow, I love ya…”

Listening to my daughter crooning softly along with Quvenzhané Wallis, my own eyes dancing suddenly began to swim with tears as I was carried back to memories of myself as a child, snuggled into my parents brown sofa, singing along to the same songs.

Some of the first movies I ever remember watching are musicals. I remember dancing around my parent’s living room to Judy Garland’s satiny voice in Meet Me in St. Louis when I was only five or six years old. I learned enunciation for my public speaking class from My Fair Lady. My perpetually-single high school self found camaraderie with the rough-around-the-edges Annie Oakley in Annie Get Your Gun. When my daughter celebrated her first birthday, “Seasons of Love” from Rent could reduce me to tears.

The Power of Music

Music does something to the human heart. The philosopher Plato wrote that music “gives soul to the universe, wings to the mind, flight to the imagination, and charm and gaiety to life and to everything.” As a musician, I’ve never doubted the power of music. Music has always given flight to my imagination, so why wouldn’t it do so for everyone else?

Found in every culture, in every language, in every socioeconomic group, in nearly every subset of every society, music unites us as humans. There is something within us that compels us to express our stories using melodies and rhythms.Telling stories using music is nothing new, even the Romans and Greeks integrated music into their dramas back in the first century.

The “musical” as we know it though didn’t really begin it’s evolution until the 1700’s when author John Gay rewrote lyrics to songs popular among the common people, turning the music into a satirical masterpiece intended to poke fun at the elites of society. Gay’s work, The Beggars Opera, paved the way for us to tell stories that would not only resonate with the hearts of people, but in a way that would get stuck in their head as well. Music moves our stories a step closer to immortality. Words fade, phrases get twisted and forgotten, but a good song will stay with you for your entire life.

The Soundtrack of Faith

Our faith comes with a soundtrack as well. Just as moments in my life will call to mind songs from my favorite musicals, favorite Psalms are called to my mind as well. 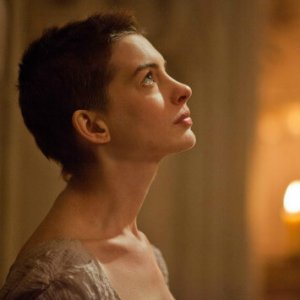 Taking up a good chunk of the real estate in the Bible, the Psalms have long been liturgy prayed and sung by the people of God. When reading the Gospels or the writings of the Apostle Paul, lines of the Psalms creep into the writings the way song lyrics find their way into conversations today.

The Psalms provide something of a pulse that’s throbbing kept the heart of the early church alive, and which sustain believers to this day.

Music not only reminds us of our stories, it invites us into a deeper story. Whether it’s a story of the love a family has for each other like in Annie, or the power of grace and self-sacrifice in Les Miserables, or the story of God and God’s people in the Psalms.

The Music Unites Us

The noted neurologist Oliver Sacks has devoted much of his life to studying the effects of music on the brain. In a report for Oxford University, he writes: “Music not only has the power to recall past emotions, but to evoke emotions and moods we have not felt, passions we did not know before.”

As I bring myself to the Psalms, I experience God in ways I never have before. As I read the desperate cries of the Israelites, my own heart breaks open before God the Provider and Rescuer. As I read the Psalms of joy, my heart is filled with wonder and I celebrate with them – Who is like our God? Through the lyrics and cadence of the Psalms I am invited to participate in a story I have not lived, and yet is still being written. Because music does that sort of thing.

Sitting in the theater on Christmas Day with my daughter, emotions and thoughts, smells and all sorts of feelings rushed back to me. I was at once in the theater and on my parents shaggy brown couch, and dancing around my Aunt’s living room with my cousins. Time and space leapt from their strict confines of days and years in that moment and flowed freely like the notes of the song, my past and my daughters present melding into one shared joy, the music uniting us.

If you are reading this review on this site, you are already more or less technologically adept. And like most of us you very likely go to the “information superhighway”…