This website wouldn’t exist without Steven Spielberg. His films were the bedrock of my youth. I remember pretending my stuffed animals were alive like E.T. I was terrified of sharks, though I’d never stepped foot in an ocean, thanks to Jaws. And when my friends and I got together, we acted out scenes from Indiana Jones.

Spielberg gave me my love for film, and apparently I wasn’t alone. Three friends named Chris, Eric, and Jayson did more than act out Indiana Jones. They nabbed a camera and attempted a shot-for-shot remake of Raiders of the Lost Ark. The project took six years, and they almost pulled it off except for the infamous “airplane” scene.

Raiders!: The Story of the Greatest Fan Film Ever Made reunites the friends 30 years later as they attempt to film the scene that got away. Together again, the three reminisce about high school, girls, and that crazy project that defined their childhood and turned them into underground legends.

The first thing you need to know about Chris, Eric, and Jayson is they have high standards. Countless kids have picked up their dad’s video camera and filmed a scene from their favorite movie. But this was different. The three meticulously storyboarded every shot to match up identically with the original Raiders. They spent their birthday money on costumes and set pieces. They risked life and limb to use real fire and props to get as close as possible to Spielberg’s vision. 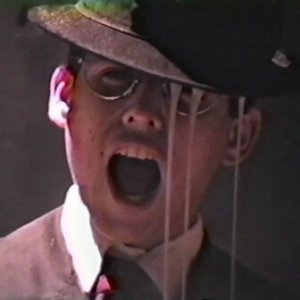 Chris was the enthusiastic ringleader responsible for starting the project and keeping everyone focused on the big picture. Eric was all about the details. An aspiring filmmaker even then, he zeroed in on the logistics and made sure everything was done right. Jayson was in charge of special effects. He had an uncanny knack for thinking outside the box and creating Hollywood-level magic on a shoestring budget. The three balanced each other perfectly and together, with their friends and family rounding out the cast and crew, they accomplished the impossible.

Unfortunately, time wasn’t kind to the trio. Chris and Eric had a falling out in high school that continued into adulthood, Eric abandoned his dream of becoming a filmmaker for an office job, and Chris fell into an addiction with Crystal Meth. Suddenly their childhood Raiders obsession seemed light years away. That is until, unbeknownst to them, their video became a cult classic for film aficionados. Horror director Eli Roth became obsessed with tracking them down. Eventually the three friends found themselves at a movie screening of their childhood film with hundreds of rabid fans in attendance.

All childhood grudges melted away in an instant. And that’s when the idea sparked to finish the scene they never got in the bag. If anything, their standards this go-around are even higher. They build a real-life replica of the Nazi war-plane and hire a pyrotechnic expert to blow it up. But the scene becomes a nightmare as rain hampers the shoot, the budget balloons, crew members quit, and lives are put on the line once more. Do they finish the movie? You’ll have to find out for yourself. One thing’s for sure: It’s a joy watching these adults become kids again. How often do you get the chance to relive your childhood?

The central question running through Raiders! is why? As one of the talking heads puts it, “Who’s got that much time and energy to make one movie that’s already been made?” Directors Tim Skousen and Jeremy Coon offer up some theories. The boys talk about their home lives which were uniformly struck by divorce. Their broken homes provided ample free time. “Our parents were putting out fires in their own world,” a friend of the boys remarks. This created the space to make real fires for their film. Some would call that bad parenting, but surely there are worse things for kids to be doing in their spare time.

Chris speculates on how the lack of a stable father figure in his life made him long for a father like Indiana Jones. Playing him in the film was the next best thing. These comments struck me personally because I too grew up in a single parent home without a dad. I too was drawn to Indiana Jones from somewhere deep inside me. Was this at the heart of our shared love for Raiders? Perhaps. But I think there’s an even deeper connection at work. 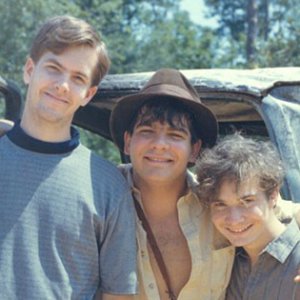 Spielberg movies resonated with me as a kid because of the sense of adventure; the idea of something miraculous crashing into something ordinary. Elliot discovering an extraterrestrial in his shed. Chief Brody hunting a killer great white at sea. Indiana Jones searching for an ark with mystical powers. These stories ignited a desire in me. Why did I spend so much time acting them out with friends? Why did the trio long to become these characters in their remake? Isn’t it because these films tap into our God-given thirst for the Kingdom of God?

As Christians, we believe the miraculous and ordinary touch every day. There’s a spiritual dimension unfolding all around us. There’s a Holy Spirit inside of us. There’s a war going on between angels and demons. There’s a King who will one day return to vanquish evil and restore the earth. This isn’t make-believe. This is reality. And as image-bearers, we’re primed to believe it. Great films fill us with that longing for something more; the feeling we were made for something bigger than ourselves. Christians have the privilege of participating in the great Hero’s Journey that’s been unfolding since the dawn of time. Indiana Jones points to that reality and, as with the Kingdom of God, it’s usually the broken who grasp it most.

Raiders! isn’t a perfect documentary. The emotional beats feel forced at times, and there’s a sense that Skousen and Coon are making a bigger deal out of the material than what’s really there. I wish there was more footage of the remake itself. That’s the soul of the film – seeing these kids dressed up and speaking lines beyond their years.

Jayson never understood the hype surrounding their remake of Raiders. All he sees when he looks at the footage now are home movies from their childhood. But Harry Knowles from Ain’t It Cool News disagrees. He calls it “a Norman Rockwell painting at 24 frames per second.” To him, the film is nothing less than classic American art. I see where Knowles is coming from.

The end credits play over one scene from the remake juxtaposed side by side against the same scene from the original. The level of detail involved in the comparison is a wonder to behold. This is more than mere homage; this is a work of art. The scene ends with a gigantic explosion in both versions. How did they get that shot? Who knows, but I dare you not to cheer.

In the world of animation, Toy Story changed everything. With that instant classic in 1995, Pixar ushered in a new era of family entertainment with stunning visuals and and rich themes…